You may have heard the saying that all bourbons are whiskey, but not all are bourbon. In order to be considered Bourbon, the liquor must meet the following requirements:

It must be made in America

A common misconception is that Bourbon must be made in Kentucky. While this is the most famous Bourbon region, it can actually be made anywhere in the United States.

It must have a precise mix of grains

Bourbon must be made of a grain mixture of at least 51% and no more than 79% Indian corn. Those with above 70% are often referred to as 'corn whiskey'. Besides corn, other grains used in bourbon production include malted barley and either rye or wheat.

It must only be stored in new barrels

Bourbon must be aged in brand new, charred American White Oak barrels for at least two years, however many are aged four years or longer. Bourbon gains its colour and flavour from barrel aging. Barrels can only be used once for Bourbon. After this they are distributed for varying purposes. While most are sent to the UK for Scotch whisky production, some barrels are used for firewood, furniture and even for ageing soy sauce.

It must have specific proof

The History of Bourbon

Bourbon dates back to the migration of settlers west from the original colonies in the United States in the 18th and 19th centuries. Amongst these settlers were English, Welsh, Scottish, Irish, German and French descendants bringing a wealth of knowledge from each region. While there is no single family credit with the discovery of Bourbon, it is frequently debated that Elijah Craig, a Baptist preacher and distiller was the Father of the popular Bourbon spirit.

Bourbon derives its name from Bourbon County, a large district in Kentucky Tennessee Which was founded after the American Revolution. Bourbon County was ripe with crops and more importantly with corn.  However, by the time Bourbon County was formed in 1785, there were already dozens of small farmer distillers producing whiskey in this region. Without proper roads or local markets, the only way for farmers to sell their corn crop without it spoiling was by distilling it into whiskey. While not every farmer could afford a still, they usually had a neighbour who did and would pay them for their distilling services.

Once loaded into barrels, the whiskey was loaded onto flatboats and shipped via the Ohio River to New Orleans for sale. These barrels were stamped with 'Old Bourbon' which was a common moniker for Bourbon County and the name stuck.

By the late 1800s and early 1900s, hundreds of distilleries were operating in Kentucky. However, prohibition which lasted from 1920 to 1933, severely affected distillers, putting many out of business. During World War II Bourbon distilleries were used to produce fuel and penicillin. As penicillin was a by product of the fermentation of grains, the distilleries were the perfect choice to produce this in bulk quantities.

In 1964, President Lyndon B. Johnson signed an Act of Congress designating bourbon as “The Official Spirit of America”.

Bourbon is well known for its intense and smokey flavours. Some Kentucky bourbon makers say the limestone spring water in that area of the state lends bourbon its distinctive flavor. Most of this flavour comes from the barrels as the charred wood imparts caramelised sugars and smokey oaks into the flavour.

Bourbon barrels are stored in large, multi-storey warehouses called rick houses. The wood barrels expand and contract based on the weather outside which eventually penetrates these rick houses. Hot weather causes the pores of the wood to open up more and impart their flavor. The result is barrels on the top floor will have a slightly different flavor than those on lower floors. 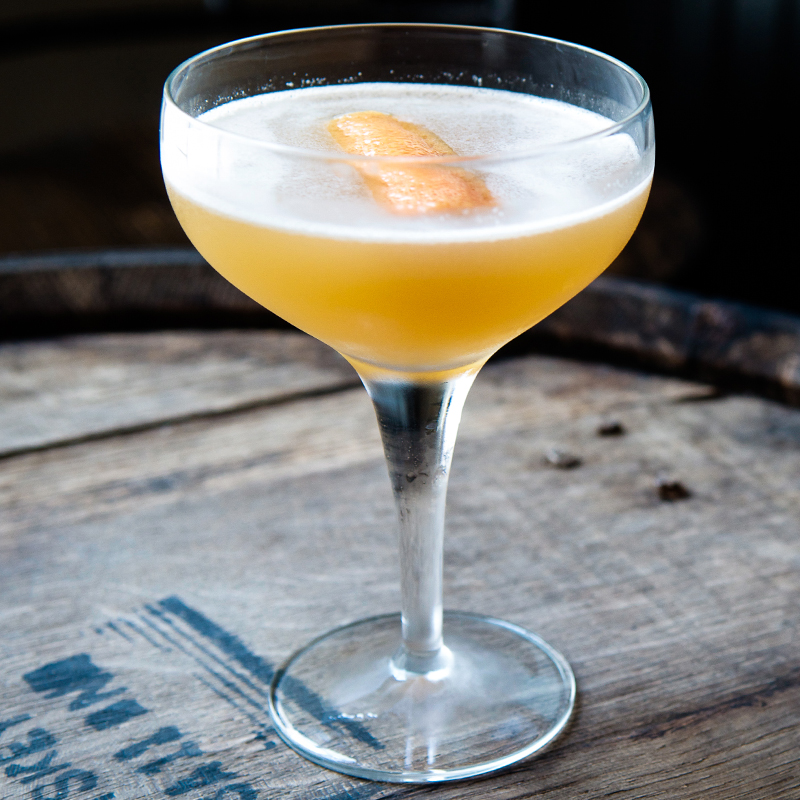 Not overly boozy and leans toward more refreshing. Squeeze a twist of grapefruit oil over the top for a nice punchy aromatic.

Shake all the ingredients with ice. Strain into a coupe glass. 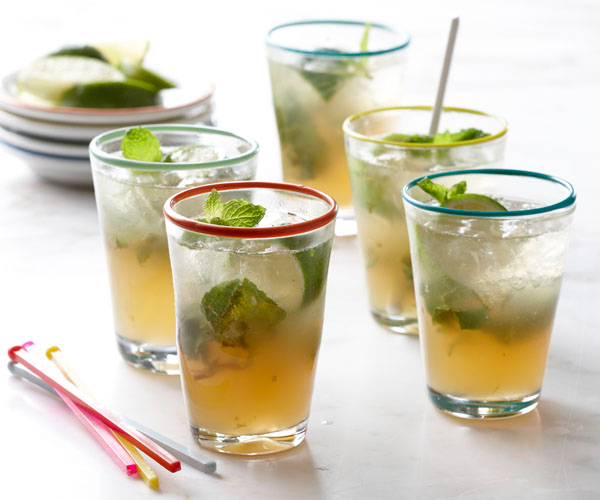 Muddle together the fresh mint, sugar and lime in a tall glass. Load with ice. Add the bourbon and top up with soda water. 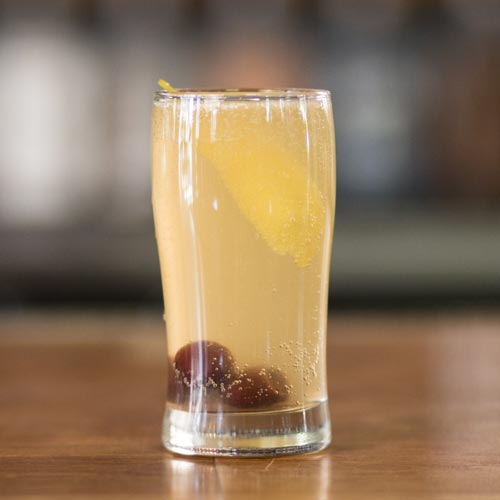 Mix the bourbon, lemon and simple syrup in a tin and lightly shake. Strain into a chilled glass.

Top with sparkling wine Drop in a cherry then twist the lemon peel and pop it in. 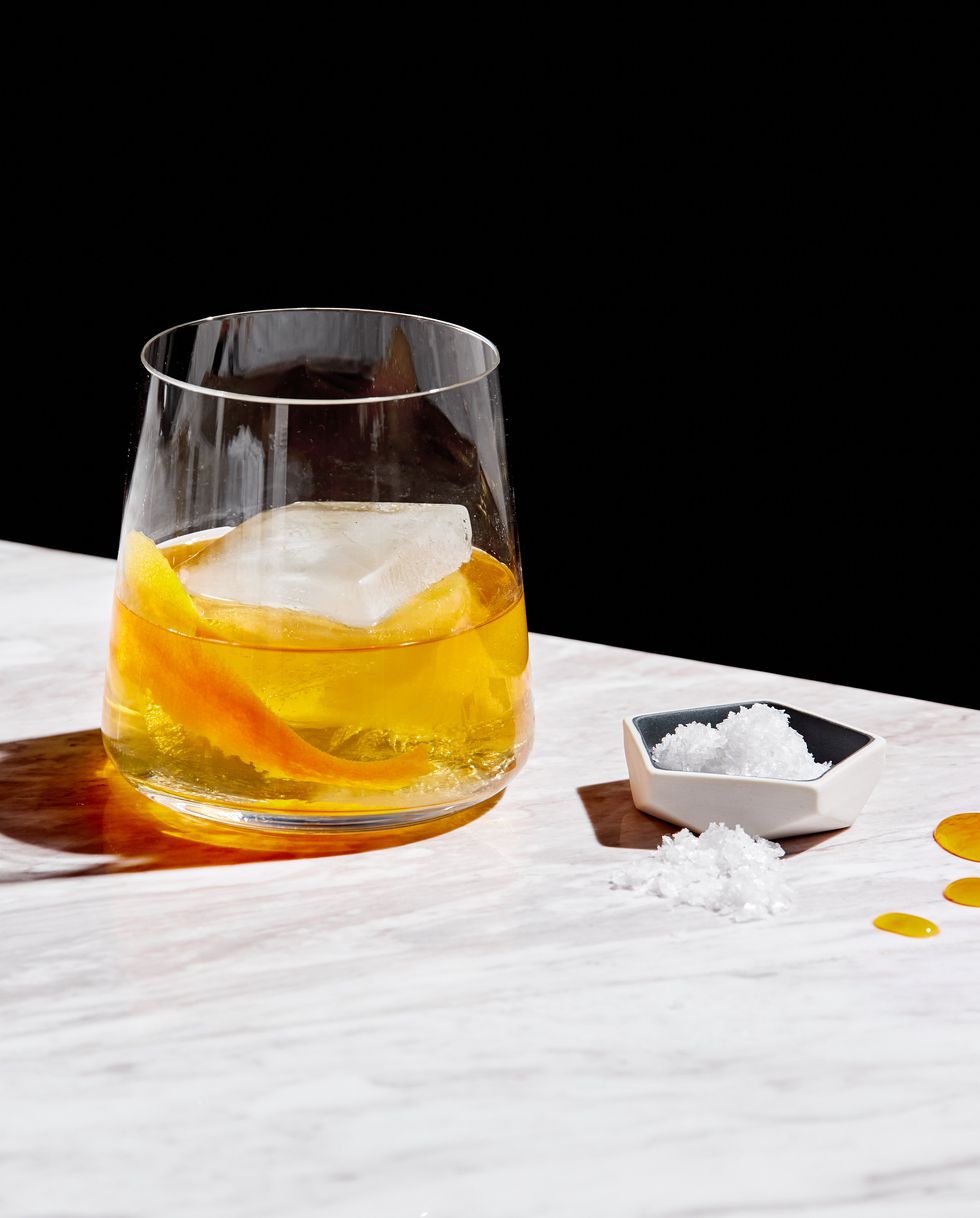 Stir with ice to chill and dilute. Strain into a double rocks glass with a large ice cube. Garnish with an orange twist. 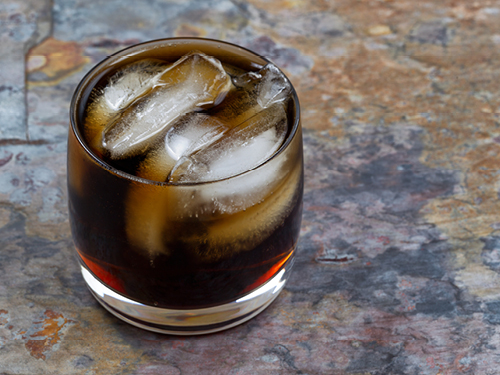 Put ice into a highball tumbler and add in Bourbon. Fill to the top with Coke. Garnish with lemon or lime.