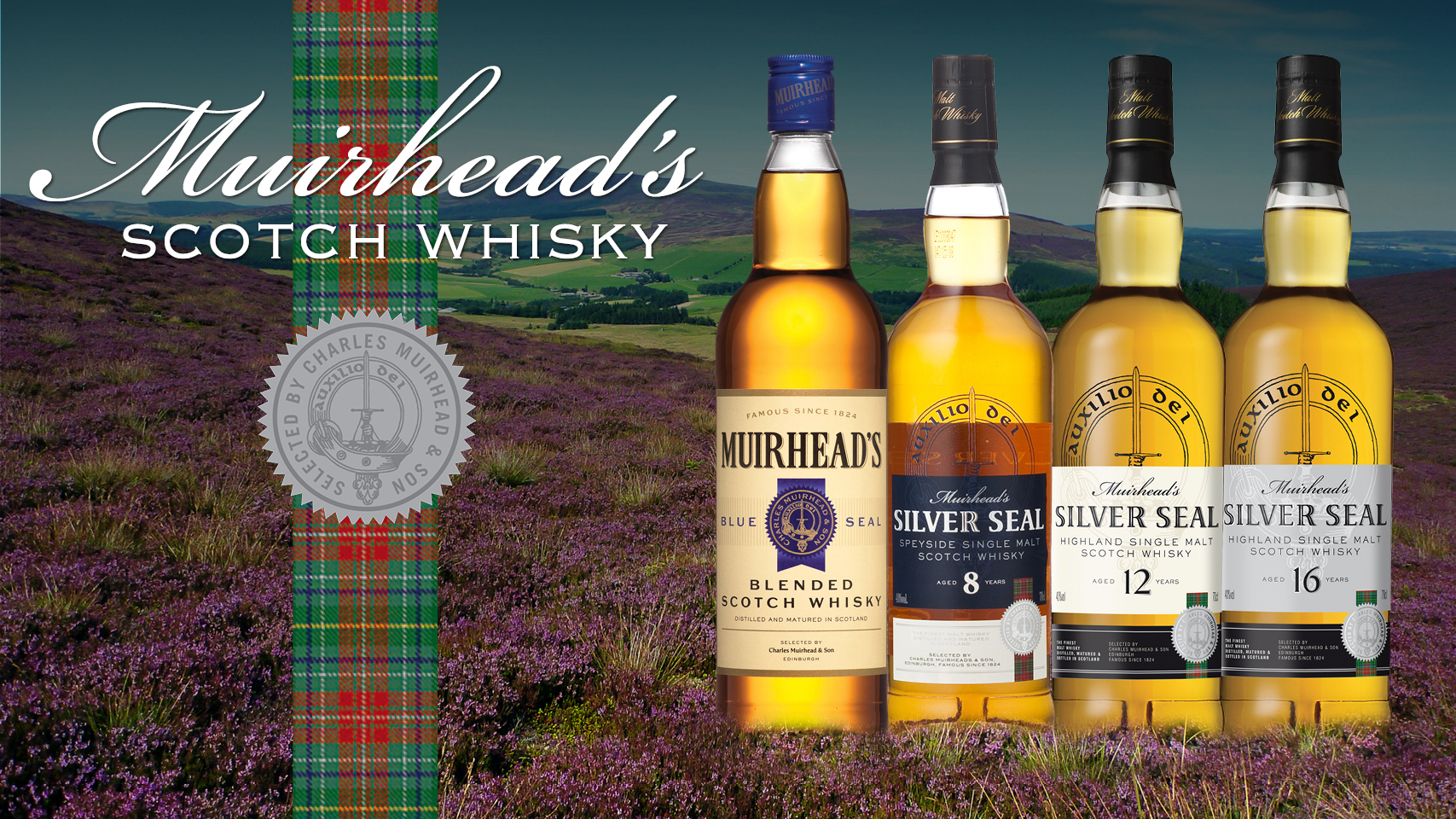 Scotland is renowned for its misty moors, Shetland Sheep and tartan kilts, but is also globally recognised for its premium scotch whiskies produced by Muirhead's.

From one of Scotland’s most ancient family clans - the Muirheads; comes a whisky range that has resonated with the hearts of a nation to become Scotland’s precious own. It bears a history that dates back as far as the 1800s, when Charles Muirhead first produced the flagship brand Muirhead’s Blue Seal.

Charles Muirhead and sons were founded in 1824 close to the port of Leith in the city of Edinburgh. Initially a wine merchant, the company soon branched out to become blenders and exporters of Scotch whisky, under their flagship brand Muirhead’s Blue Seal.

In the 1920’s the company was acquired by Macdonald & Muir Distillers, better known today as the Glenmorangie Company. In addition to the Muirhead’s blue seal standard blended scotch whisky, several premium blended whiskies were also produced under the Gold Label, Silver Label or Old Maturity brands.

In 2008 Muirhead’s Scotch Whisky was acquired by another independent family distiller, also owner of the Tullibardine Highland Single Malt Distillery. Today the brand is distributed globally under both the Muirhead’s Blue Seal range of blended whiskies and the Silver Seal range of Speyside single malt whiskies.

The brand has always maintained a close relationship to the Muirhead’s Clan. The history of the clan can be traced far back in Scottish History. The name Muirhead’s means “Head of the Moor” or “Highest Point of the Moor” in Gaelic.

One of the most famous moments of the Muirhead’s Clan was when they were acting as the Royal bodyguard of King James IV at the battle of Flodden Field in 1513, on Branxton Moor. The battle opposed the Scots against the English and was one of the most disastrous battles in Scottish History. The king along with thousands of Scots perished, including John Muirhead the laird of the Clan, and 200 of the Clansmen, after bravely defending their King to the end.

To Uisge Beatha (The Water of Life)

From storm clad highland precipices and craggy granite brakes it falls,
Over stock, rocks, through misty moorland, peated nooks and burns it rolls.

Mixed with barley, yeast, in copper, over smoky fire, nay it's still not quite there.

Then into casks, to mature in guarded, whispery, stone clad chambers to rest.

While mystically mingling and consorting with aged woods and time,
For never more fragrant dew was ever drawn into glass,

From heather covered, plaid hills and glens of a heartland held dear.
For a highborn heart was given to Uisge Beatha,

Be it truly Scotland's precious own, giving character and life To
Muirhead's Uisge Beatha, that is only grander when raised in honour and shared by all.