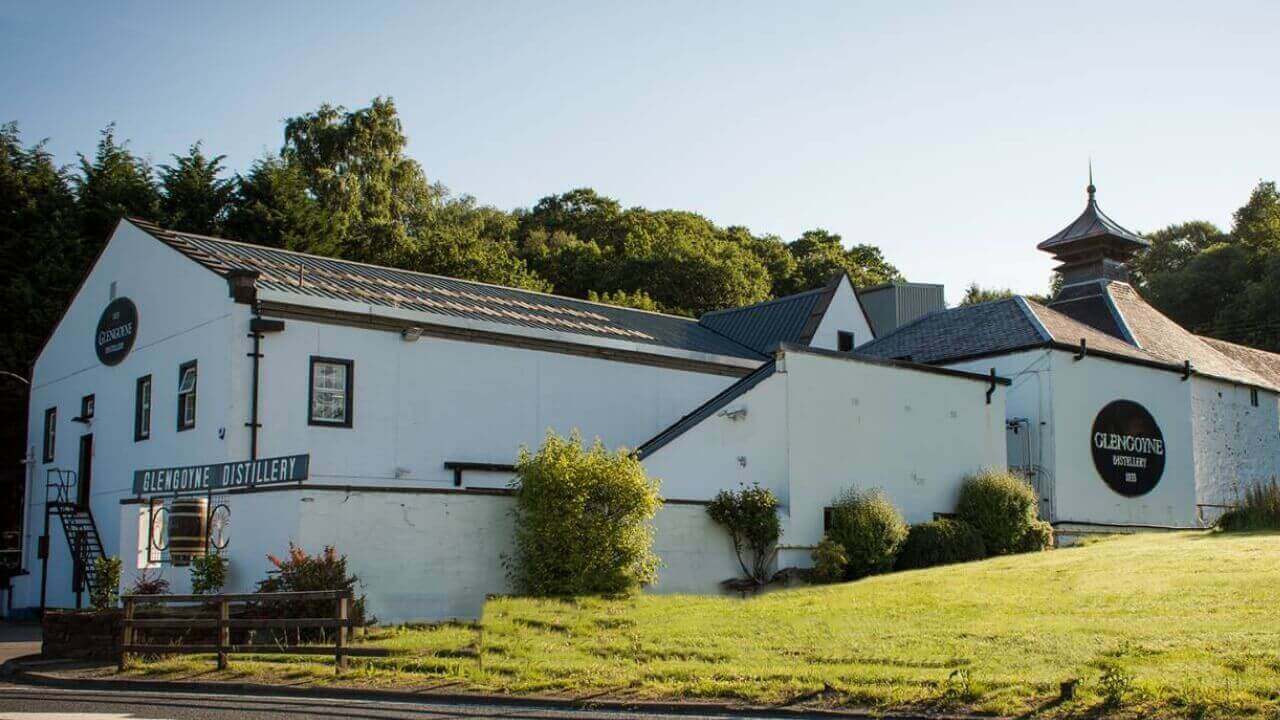 THE HISTORY OF GLENGOYNE

George Connell begins distilling in secret at Burnfoot Farm in 1820 – where the Glengoyne Distillery stands today. The hidden waterfall and its miniature glen made it easy for George to escape the notice of the Exciseman. He’s not the first to distil here illegally, apparently he learned the stillman’s art from his grandfather.

1833 George decides to work within the law and acquires his licence to distil at Glenguin of Burnfoot. The name doesn’t change to Glengoyne Distillery until 1907. Crucially, he decides against importing peat, using local fuel instead.

1836 George takes out a 99-year lease on the land at Burnfoot of Glenguin, at a cost of £8. The lease also grants him rights to the water noting ‘the privilege of taking the whole water of the said burn at any future time’. The lease for the land across the road, where the warehouses lie, wasn’t taken out until 1883.

1870 The booming sherry business produces a steady supply of imported sherry casks, which the distillery is using consistently for maturation, transforming the taste into a soft and complex whisky profile. What began as a way to save a few shillings is now the most expensive way to mature whisky, and one of the pillars of Glengoyne still today.

1889 Arthur John Tedder becomes Excise Officer at Glenguin. Living on site allowed him to stem the illicit flow of whisky from the warehouses. He was subsequently knighted in 1909 for ‘rendering inestimable assistance to the Royal Commission of Enquiry into whisky and other potable spirits’.

1907 William McGeachie the Distillery Manager changes the name from Glenguin of Burnfoot to Glengoyne Distillery as we know it today. He retires in 1927, succeeded by his son David. By 1966 due to demand, Glengoyne Distillery (re-built in its present form), triples production to 263,105 gallons (1,200,000 litres) annually.

1977 Duncan McNicol, a butcher by trade, joins Glengoyne and is Head Stillman to this day.

2003 100% independent and family-owned to this point, Ian Macleod Distillers Ltd buys Glengoyne from the Edrington Group. It’s the start of a new era… but one firmly rooted in Glengoyne’s traditions.

THE MAKING OF GLENGOYNE WHISKY

The Glengoyne Way is guided by 6 principles crafted from nearly 200 years of whisky making.

1. Unpeated. All Glengoyne whiskies are unpeated with the barley being 100% air dried. This characteristic was established through necessity as there is no peat in the soil around Dumgoyne. No peat means no smokiness and nowhere for coarse flavours or average casks to hide.

3. Sherry Oak Casks. In the 1870s the sherry business was booming in London, and Glengoyne took the ready supply of empty casks. The sherry-soaked wood transformed the maturation, taking the flavour of Glengoyne to new heights, and the colour to rich new depths. Then the supply dwindled, and the price of each cask soared. They could switch to more plentiful alternatives, or stay true to the flavour of Glengoyne. They chose the flavour, and secured the supply of sherry casks by owning the entire 6-year production process from the oak forest to the finished casks delivered to their Highland Distillery.

4. Maturation. Each cask is handled with meticulous care, protected from extreme swings in temperature by the stone walls and earth floors of their traditional warehouses and stacked just three high, giving room to mature. This maturation allows for consistent evaporation keeping cask and spirit in union.

There are two ways to give whisky a rich, colour. One is time-consuming and expensive, the other is easy; simply add a few drops of caramel at bottling. Glengoyne chose the former starting with selecting their own oak from the forests of northern Spain which is then dried naturally by sun and air for three years. Each hand-built cask is then filled with sherry in Jerez, and left to absorb its rich colour and flavours for up to three years. The casks are then emptied and delivered to their Dumgoyne Highland distillery, some six years after they started their journey. These casks are then filled and over the next 10, 15, 18 years, the clear spirit takes on the rich gold, amber and copper tones naturally from the wood.

6. Tradition. Glengoyne stay true to their founding principles, carefully passed from one generation of craftsmen to the next, their progress measured not in years or decades but in centuries.